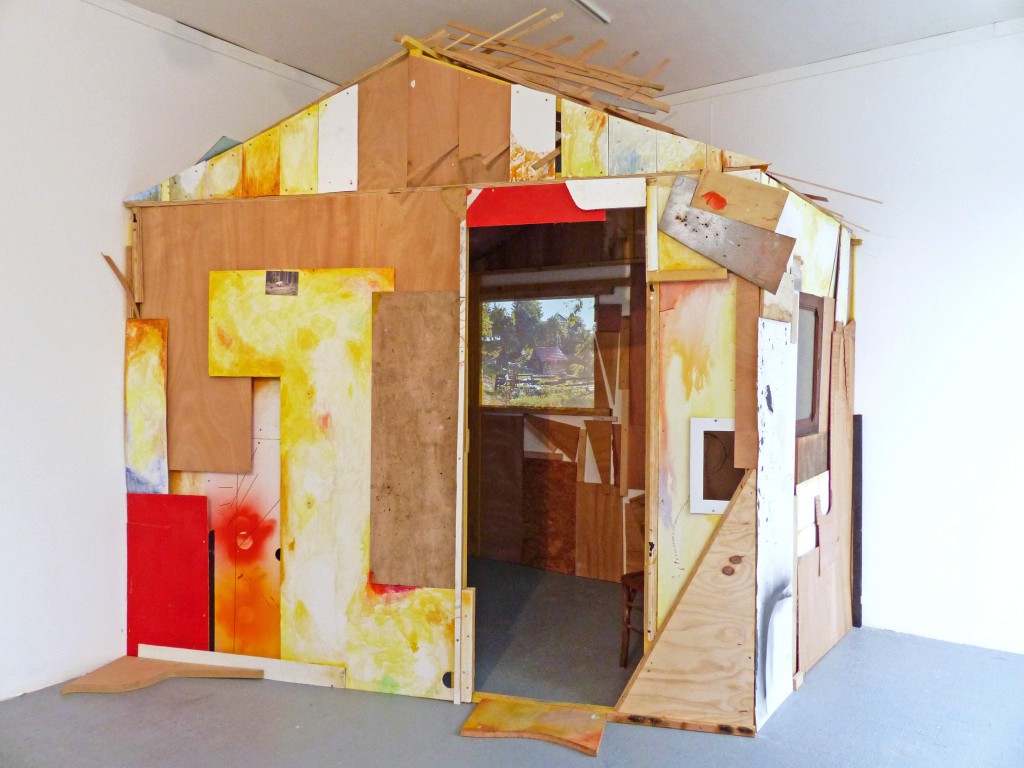 “Odd and Ends” is an installation inspired by the neighborhoods of Sarajevo. I filmed two videos (ten minutes each one). In one side, the mountain and the expansion of the city with hundreds constructions sites. In another side, a construction of a simply garden house, a man is working on it. This garden house is spontaneously built like a performance with a particular and funny “do it yourself” way. The installation I did reproduce the same gestures to built a house and the idea to realize something strong and fragile at the same time. It represents also the actual situation in the Balkan territories, the instability of the world but also the stability to have its own home. I explore in a way an universal gesture : the spontaneous construction “do it yourself “as a form to built the future. The title is inspired by the Claude Lévi-Strauss book “The Savage Mind”. 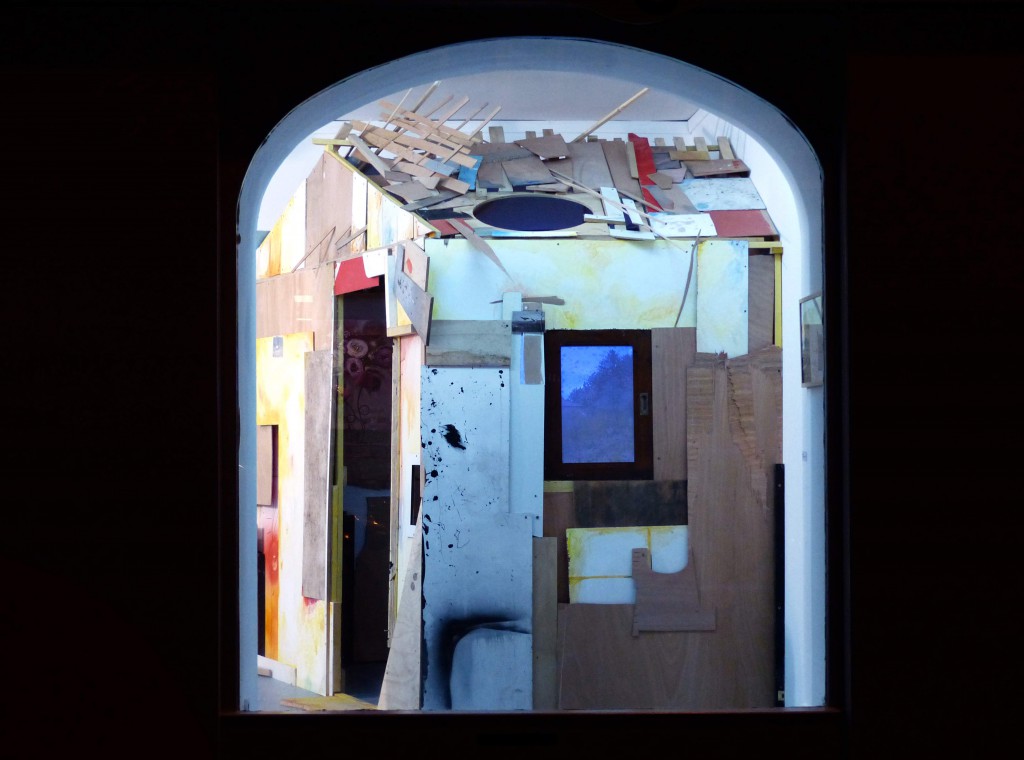 View from outside. Show -window of 2angles Galerie, 2013 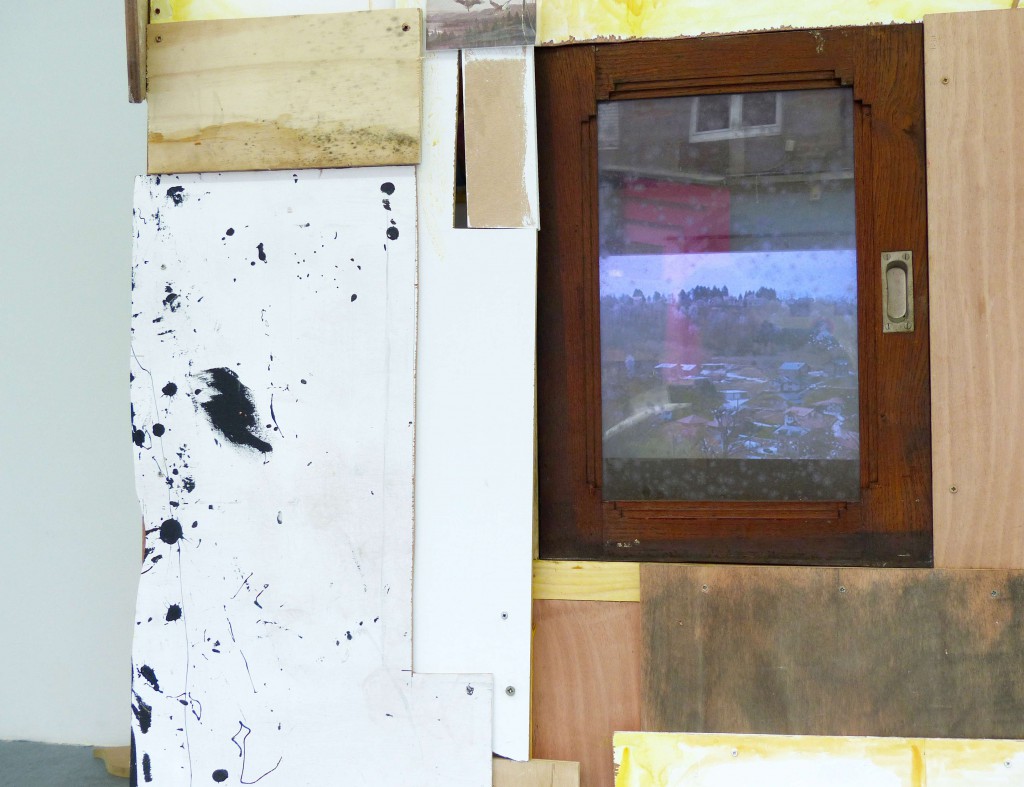 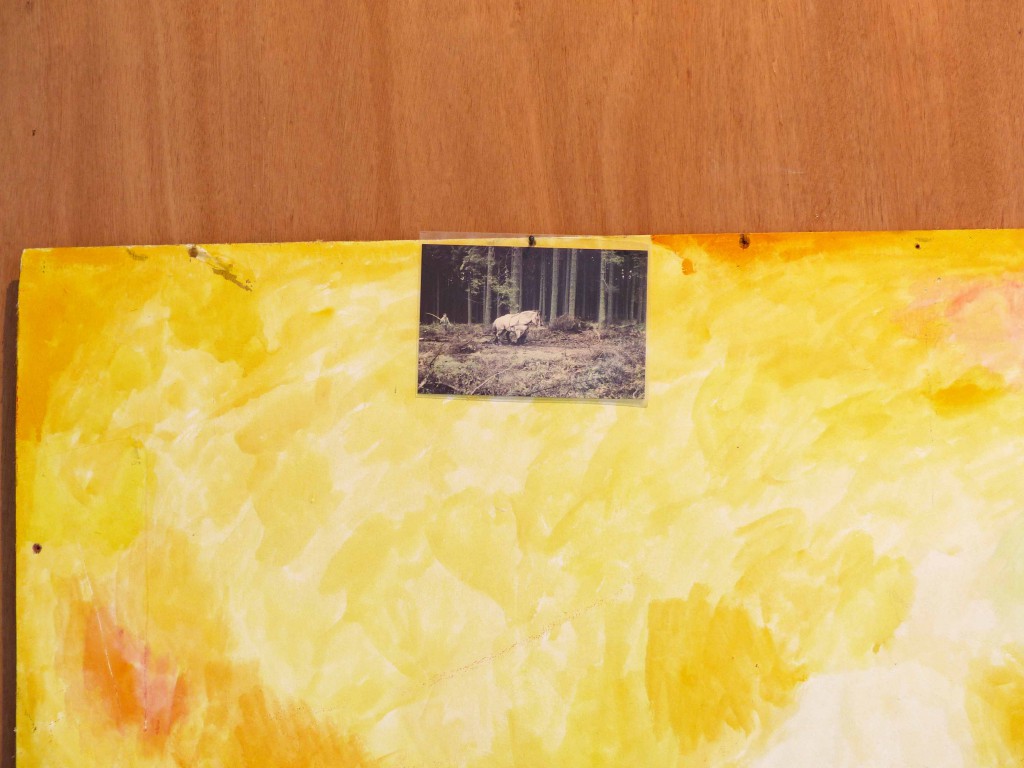 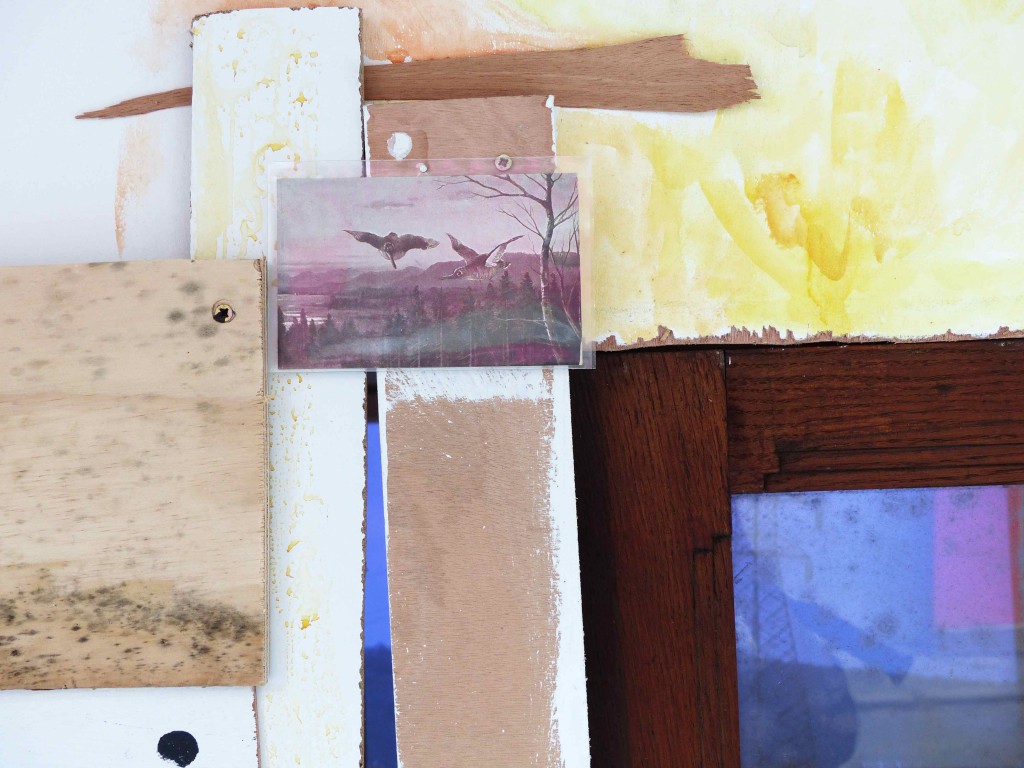